Officers from the Raleigh Police Department form a barrier of bikes and bodies between protesters who gathered for the May Day protest, which was staged in front of the Old Wake County Courthouse, and the traffic along Fayetteville Street on May 1. Protesters gathered to voice their opinions against immigration, education and workers’ rights and to also demand a higher minimum wage of $15 an hour. May Day has its roots in the United States, starting in the early 19th century, which has helped initiate and implement conditions such as the 8-hour workday, a five-day workweek and workers’ rights. 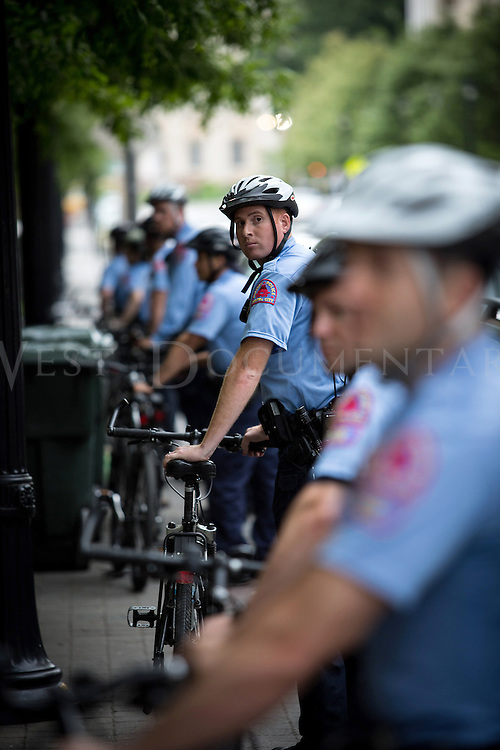