Kevin Bryant, of Raleigh, plays his drum kit along the side of I-540 at the Lumley Rd. exit on Feb. 24, 2014. Bryant chose this spot to play his drums because he received several complaints from neighbors and decided that along the interstate was good enough place as any due to the high volume of traffic noise. A few NC State Highway Patrol troopers have approached Bryant, who were just checking on him for safety concerns, but stated that he was not breaking any laws in playing along the side of the interstate and actually hung around to hear him play. 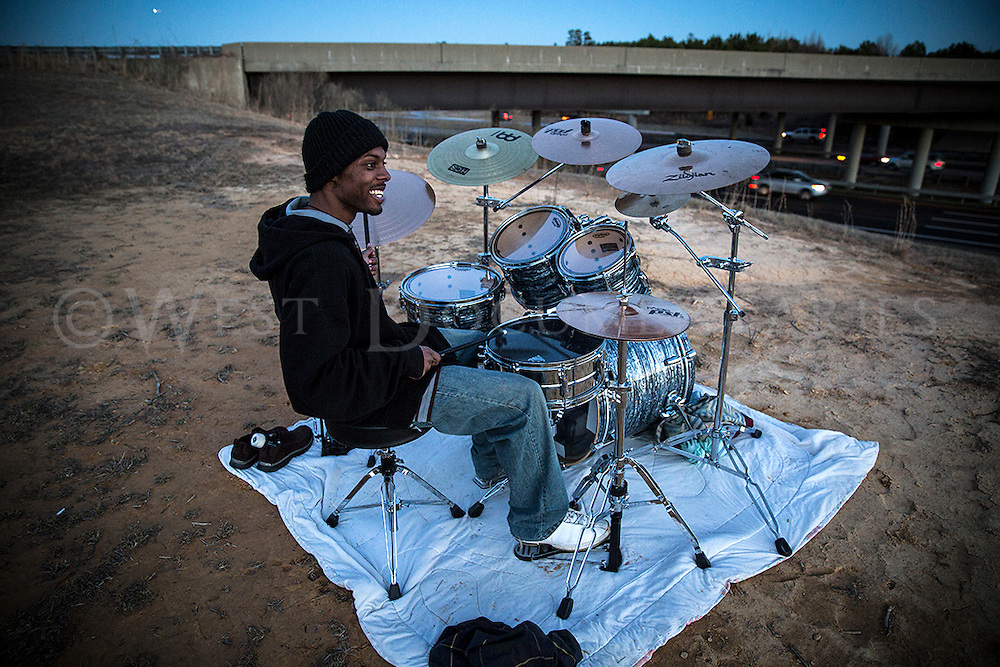